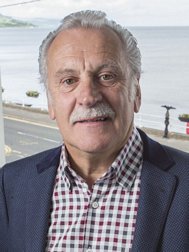 Roy was elected to Larne Borough Council in 1997. Served as Mayor 2004/5. He is a qualified teacher of Mathematics but also has many years’ experience as a publican. Now semi-retired his interests include bowls, both indoor and outdoor, cars, reading historical and crime novels, and horse-racing. One of his favourite sites in the locality is Cranny Falls, where he enjoys the quiet walk and splendid views across Carnlough Bay. The leisurely walk, taking little more than an hour, follows the old mineral path from the picturesque harbour in Carnlough up to Cranny Waterfall in Gortin Quarry. Roy is looking forward to the restoration of the Gobbins path and the busloads of tourists that will arrive and stay in the area to experience nearly three miles of heart-stopping paths, bridges and tunnels along the magnificent Gobbins cliffs, just a few feet above the waves of the Irish Sea, an amazing testament to the Victorian entrepreneurial spirit.

Roy’s vision for the future of the area is that the Trust and other stakeholders involved in protected area management will be congratulated on the way they have managed the Causeway Coast & Glens area and that the evidence of their work and dedication is apparent in the landscape.

Liz Weir MBE is a past Chair and long-time committee member of the Glens Red Squirrel Group. Born in Ballymena, she did a degree in English, French and Spanish with a postgraduate diploma in Library and Information Studies at Queen’s University Belfast. She has lived in Co Antrim all her life and moved to Glenballyeamon in 1999, where she became aware of the need to preserve our native red squirrels. Liz works as a professional storyteller and writer and is Chair of the Glens Storytelling and Cultural Heritage Group and Director of the Glens Storytelling Festival. She is passionate about sharing stories of our landscape, of both built and natural heritage.  Although she is still a blow in to The Glens (having only been here 22 years), her soul belongs in The Glens of Antrim and she feels like a Glens woman though and though.

I graduated from University of Ulster with a degree in Biological Sciences with Ecology at University of Ulster and completed my PGCE in Biology with Science at Queen’s University Belfast. I have worked in a variety of roles including, Environmental Educator for RSPB and NIEA, Water Quality Inspector on behalf of NIEA, Learning and Outreach Officer for Ballinderry Rivers Trust, oh and teacher of science in a few schools! Any jobs I’ve had that didn’t involved getting outdoors were jobs I didn’t stay in for long. I’ve been working in the Outdoor Recreation team for MEABC since July 2016. MEABC have parks and open spaces within the AONB which we hope to maintain in a sustainable manner to increase biodiversity. Council also have some historical buildings and sites which we also want to protect for future generations. My role involves countryside access and getting people outdoors to appreciate the amazing area we live in, in a sustainable manner. 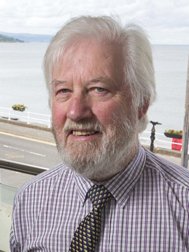 George has been a resident in the area of Armoy all his life, where he has farmed part-time and now full-time.  George has worked for thirty years in the further education sector as a Lecturer and the last ten years as an Administration Manager and Member of The Corporate Management Team at North East Institute.

George is a past President of Loughgiel Credit Union and a member of Ballycastle Rotary Club.  He has been a member of the North Antrim Branch of Ulster Farmers Union for over 30 years and served on the Central Policy Legislative Committee for the union.  He is now a serving member on the Hill Farming Committee and a member of the AFBI Beef Committee.

I have around 30 years experience as a Councillor being elected to Moyle Council ,Larne Council and Causeway Coast and Glens Council, also was a MLA for 6 years. 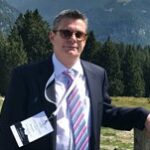 From 1995 – 2012, Patrick worked at the Geological Survey of Northern Ireland in Belfast where he developed the organisation’s geological heritage and tourism sector. In 2000, he took part in the inaugural meeting on Geoparks and has since undertaken many Geopark and World Heritage advisory, evaluation and revalidation missions on behalf of the Global Geoparks Network (GGN) and the International Union for the Conservation of Nature (IUCN). In 2006, he brought the 2nd global conference on Geoparks to the Waterfront Hall in Belfast which attracted over 300 delegates from across the world. Also in 2006 he was invited to join the UK’s Geoconservation Committee of the Geological Society and in 2007 he was invited to become a member of the World Convention on Protected Areas (WCPA). He was a member of the scientific board of the International Geoscience Programme (IGCP) on behalf of Ireland (2007-2012) and in October 2009 and October 2011 he was the official representative for Ireland to the Science Commission of the biannual UNESCO General Conference.